After watching “True Beauty,” many fans have claimed to have second lead syndrome because of Han Seojun played by Hwang In Yeop. His loving, playful, and warm-hearted nature has captured the hearts of many and had fans empathizing with his painful one-sided love. While Han Seojun may be up for running the second lead crown, here are some second leads whose impact has left viewers pleading K-Drama writers for better endings.

Gong Tae Kwang has probably been in every second lead syndrome compilation video. It’s no doubt that viewers were extremely upset with him not ending up with the main female lead. Even the actress who played the female lead herself mentioned how she would choose Gong Tae Kwang. While it’s been nearly 6 years since “Who Are You School 2015” ended, fans are still demanding justice for Gong Tae Kwang’s undeserved ending.

“Start Up’s” Han Ji-Pyeong (or also known as Good Boy), has made his way into the second lead club as well. His backstory and past connection with the female lead had many fans wondering why the writers didn’t develop their relationship enough! Han Ji Pyeong’s inability to make a move after three years had fans blaming the writers for making it unrealistic and unfair.

While already having its fair share of mixed reviews, one of viewers’ main concern with the Webtoon based drama, “Cheese In The Trap” was having second lead syndrome for Baek In-Ho. Yet again another heartthrob who had viewers swooning and empathizing for his character.

“Hotel Del Luna’s” Go Chung Myung has probably one of the most painful second lead backstories. Because of unforeseen circumstances, Go Chung Myung was unable to explain the true meaning of his betrayal towards the female lead, Jang Man-Wol (played by IU), causing her to develop deep resentment towards him. Aside from knowing his real intentions, what pained the audience, even more, was knowing that he invisibly continued to stay by her side throughout the years.

True Beauty wasn’t Hwang In Yeop’s first time playing a second lead role. In the K-Drama, “18 Agan” he plays Goo Ja Sung, a troubled teenage boy who happens to fall head over heels for the main characters’ daughter, Hong Shi-Ah. However, his efforts and affection are no competition for Shi-Ah’s long time friend Seo-Ji Ho. 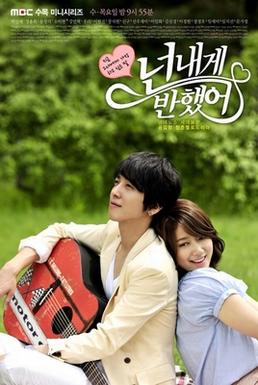 Will 2021 be the year for second lead K-drama fans?

Liked this article? Check out, “7 Shows Kento Yamazaki From “Alice In Borderland” Also Starred In”