Now that GOT7 has officially ended their contract with JYP Entertainment, here’s a quick trip down GOT7 memory lane!

GOT7 made their debut in 2014 with the iconic “Girl Girls Girls” music video. Bambam, the youngest member was only 16 at the time! The video now has over 94 million views. Listening to the title track brings out a bittersweet nostalgic feeling.

“Just Right” was released in July of 2015 and has undoubtedly become one of 2015 summer’s biggest K-Pop hits. The bright colors, catchy tune, and loving message caught the attention of many, now having over 363 MILLION VIEWS on Youtube. It’s a music video and song that no one can forget!

Later in 2015, GOT7 also released their title track called, “If You Do.” “If You Do” was completely different than their hit “Just Right.” It reflected a much darker more mature tone showcasing GOT7’s range and versatility as artists. 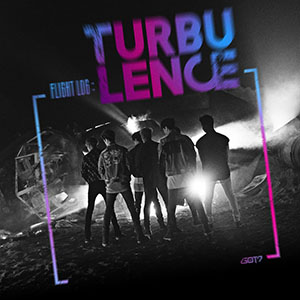 In 2016 GOT7’s second studio album “Flight Log: Turbulence” won album of the year at the Golden Disk Awards. This album featured one of GOT7’s biggest hits, “Hard Carry,” a song many K-Pop idols continue to cover and dance to today.

GOT7’s “Lullaby” hit #1 on Billboard charts on September 8, 2018! GOT7 never failed to bring catchy songs that even non-Aghases could easily vibe to. (Aghases is the official name of the GOT7 fanbase)

2019 was another year of success for GOT7! Alongside releasing 2 single hits “Eclipse” and “You Calling My Name,” GOT7 had their world tour selling out several stadiums worldwide.

Continuous support from fans, and one last single, “Last Piece,” marked the end of 2020 for GOT7. As GOT7’s official last single under JYP Entertainment, “Last Piece” had a special place in many fans’ hearts!

GOT7 Earns Rights to GOT7

January 19, 2021 marked the end of GOT7’s contract with JYP Entertainment! With that being said, GOT7 has all official rights to GOT7. Despite officially ending their time at JYP, fans are hopeful knowing GOT7 has the rights to their name and trademark. Fans continue to show their love for the group by supporting each member’s individual projects and endeavors.