Kento Yamazaki, a popular Japanese actor, has gained many new international fans from the recent release of “Alice in Borderland” on Netflix. “Alice in Borderland” is a Japanese science fiction, suspense-thriller television series. It is an adaptation of the popular manga of the same name by Haro Aso. The series revolves around Arisu (Kento Yamazaki) and his friends who find themselves stuck in an abandoned Tokyo and are forced to participate in life-threatening games. This drama has garnered more attention towards Kento Yamazaki for his skillful portrayal of Arisu. If you liked Kento Yamazaki in “Alice in Borderland,” here are 7 popular shows he also starred in that you should definitely check out!

“Mare” is a coming-of-age Japanese television drama following a young woman and her life in the Noto Peninsula with dreams of becoming a patisserie. This long, light-hearted series is great to watch with family and will leave you feeling warm and fuzzy as you watch Mare grow up. Fun fact: the female lead is starred by Tao Tsuchiya, a popular Japanese actress who also co-starred with Kento in “Alice in Borderland” as Usagi. Kento Yamazaki and Tao Tsuchiya have actually starred in many different dramas together.

Kento Yamazaki starred as L in the live action remake of the famous manga and anime “Death Note” by Tsugumi Ohba and Takeshi Obata. The story focuses on a reserved but intelligent college student named Light Yagami. He finds a mysterious black notebook, the Death Note, which kills anyone whose name is written inside its pages. Kento play L, an enigmatic international detective who pursues Light.

“A Girl and Three Sweethearts” is another light-hearted Japanese television drama. Misaki Sakurai, starred by Mirei Kiritani, is hardworking patissier who gets fired from work and meets her first love from high school Chiaki Shibasaki, starred by Shohei Miura. Misaki decides to work part-time at Chiaki’s restaurant and eventually moves in with him. She later realizes that Chiaki’s two younger brothers Toma, starred by Shuhei Nomura, and Kanata, starred by Kento Yamazaki, also live with him.

If you’re into time travel, then this mysterious drama might be for you. “Kiss That Kills” is a mystery-suspense Japanese television drama. Kento Yamazaki stars as Otaro, a young man who does not believe in love and strives for money and power. He meets a mysterious woman who gives him a kiss that kills him but makes him continuously go back to the past. 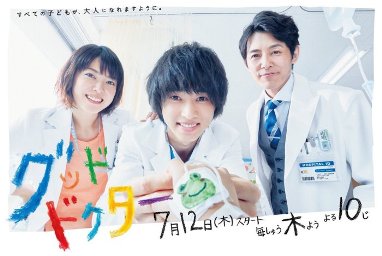 You might have heard of the South Korean drama of the same name, or even the American remake. Kento Yamazaki stars as Minato Shindo in the Japanese remake of “Good Doctor.” Minato is an autistic young man who aspires to become a doctor after the death of his older brother. He has an amazing memory and spatial skills, but has a hard time communicating. With the support of others, Minato enters the world of pediatric surgery as a resident.

“L DK” is a live action based off the popular manga. The story focuses on the relationship between high-schooler Aoi Nishimori and the school prince, Shusei Kugayama (Kento Yamazaki). The two find themselves in a situation where they must share a small apartment and live together.

“Orange” is a beautiful Japanese live action film remake of the manga and anime series of the same name. This Japanese teen fantasy drama film dives into the topics of friendship and mental health among young teens. This film stars Tao Tsuchiya as Naho Takamiya and Kento Yamazaki as Kakeru Naruse. This is another drama where Tao and Kento have costarred together.

If you enjoyed this article, you need to check out “5 Action/Thriller Based K-Dramas You Should Watch in 2021!” Also, leave a comment below on your favorite Kento Yamazaki show!